The Summit of Kings is a 2 – 4 player one-shot set in the Swordsfall universe. It can be played in several different ways. You can play it as a fun one-shot with your group, or an amusing detour for the Jalen in your Swordsfall group. Or, with a bit of homebrewing, an adventure in your system of choice. Either way, the goal is to have a unique experience of a classic rap battle of your table.

The Summit Of Kings

Once a year there is a special, one of a kind tournament held on the beautiful coast of The Isle. The Summit of Kings. A yearly battle where the top Jalens from around the world are invited to find out who is the best in straight oratorial combat. The only way to get into the Summit is through a special invite. Regardless of how well you place at The Summit, just the act of receiving an invite is considered a prestigious honor. The worldwide Jalen organization, The Sixteen, keep track of the millions of wordsages around Tikor. When the list goes out, the people listen. So, after spending months powering through the tales, speeches, and recordings of current Jalens, the Hot List is formed. The tournament set.

Who Will Be Crowned The Wordsmith?

The rules are simple. One on One, Jalen vs Jalen, Winner Takes All. Each Jalen takes there turn delivering the most crowd thrilling rap possible while the other patiently watches, careful to maintain a neutral face. They each vie for the roar of the crowd and the growing look of defeat on their foes face. Each summit battle lasts for three rounds with the winner being the best out of two.

Jalens, Voice Of The People

Unlike most professions, Jalens don’t have a single profound origin. Much debate still rages over where the first Jalen came from and who they were. All anyone seems to know for sure is that the profession came to rise out of necessity. Out of a need for the average person to have power and station over their life. Much like Griot are the voices of history, Jalens are the voices of the people. Where there are people, especially those in need, the Power of Word seems to come to life in someone. While it’s possible to train and become a Jalen, most of them, especially the most powerful, seem to just be born for it.

Summit of Kings comes with it’s own character sheets. And not just any, but the fancy kind. You can print them as normal or use your favorite PDF software to enter in the values on the sheet itself.

Written and Created by Brandon Dixon

Copyright © 2019 by Swordsfall Studios LLC.
All rights reserved. This book or any portion thereof may not be reproduced or used in any manner whatsoever without the express written permission of the publisher except for the use of brief quotations in a book review.

In order to download this Tabletop RPG you must purchase it at or above the minimum price of $4.99 USD. You will get access to the following files:

Summit of Kings is what it says on the tin, a One-shot introduction to the world of the Swordsfall Universe and a basic intro how the RPG rules will work when they come out.

The Summit itself is an invitation only Rap Battle between the Jalens of the Swordsfall Universe, the word Sages of Tikor who have the Hekan Word of Power, as they battle to see who is the best of the best, the person who can thrill the crowds most, spit the best lines and become the Wordsmith. Only the best get an invite.

Now I can tell you, I can not sing, and my lyric writing, not great to say the least but I love the idea of this because it lets me introduce my group to a world that I really want to introduce them to, which I have been following for about a year, and I can’t wait to take a voyage to Tikor and see what we can see.

So why is this a great way to introduce a group to a new world, because Swordsfall is about more than just gaining experience from defeating enemies, it’s about experiencing a world and playing your character, and this isn’t the bog standard introductory adventure where you have to go kill a bad guy and loot his hideout,

This is pretty much at the heart of Swordsfall, it’s not a bog standard RPG world or even set of rules. What is good about the book as well is that it isn’t just a one shot or an introduction to the rules, it has side hustles that let you add to the length of the adventure that you can make it a mini campaign or for when the full rules come out give you ways of including the rest of your group of players in the adventure to the Summit of Kings, like Breakdancing and roller Skating, along with a number of other social gatherings.

One of the strongest things about the book is the theme that runs through it, all of the Elite Jalens are Tikor Stand ins for some of the Great Rappers and the artwork reflects that. You have the option of playing as these Elite Jalen or making your own rising star in the book, as the rules for making Jalen characters are in the book, with the skills, and the Hekan (the application of either the Ether or Etherforce that runs through Tikor) path of Divination that the Jalen Techniques run from, so you can experience the character building without getting bogged down in the nitty gritty of deciding which profession you are going to chose the first time you are building a character, which I like a lot.

Now at the moment I haven’t actually run a session of the Summit of Kings so I will be appending this review at a later date with a review of how it went and hopefully an audio session of that game will be available too.

I hope this review is helpful to you and when it is updated it is even more helpful. 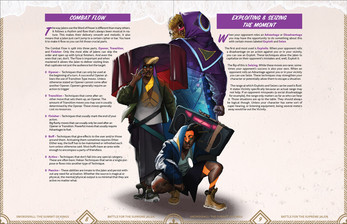 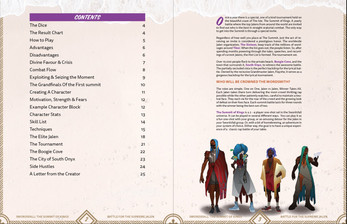 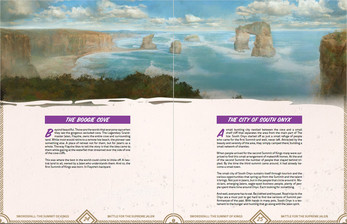 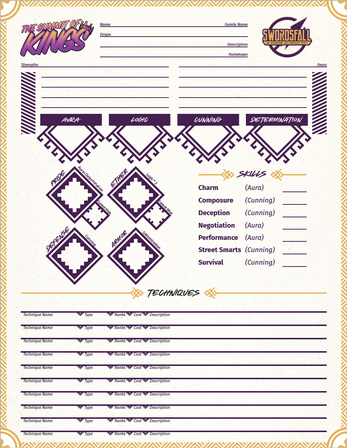